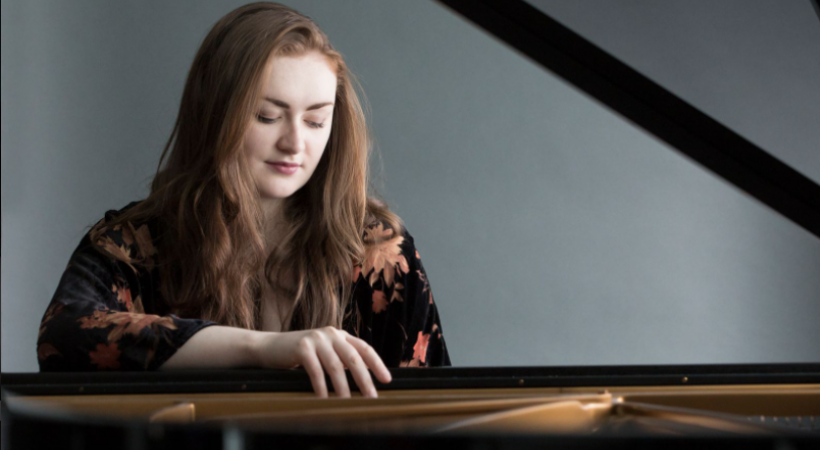 This concert features one of the towering works of nineteenth-century piano music, Fanny Mendelssohn-Hensel’s epic Das Jahr [The Year], a chronicle of her travels in Italy. The thirteen movements cover the twelve months of the year, with a epilogue and is considered one of the composer’s greatest achievements. In what we believe will be the first performance in Ireland of this outstanding work in its entirety, rising star Ellen Jansson returns to Clonmel to wow audiences again.

For the fourth edition of Finding a Voice in 2021, the concert series will again focus on the music of women composers through the ages, building and expanding on the first three highly successful series since 2018. The theme for 2021 is #ItsAboutTime and several concerts will focus on the notion of “time” in all its different iterations, from Fanny Mendelssohn-Hensel’s epic piano piece Das Jahr [The Year], a musical diary of her travels in Italy, to percussionist Alex Petcu-Colan’s exploration of time in relation to rhythm, tempo and duration. Finding a Voice will also celebrate a significant anniversary in 2021 – the bi-centenary of the birth of Pauline Garcia Viardot, one of the most significant musical figures of the nineteenth century.

Supported by the Arts Council of Ireland #ArtsIreland

With RTÉ Supporting The Arts #RTESupportingTheArts