Decadent Theatre Company present From A Low And Quiet Sea 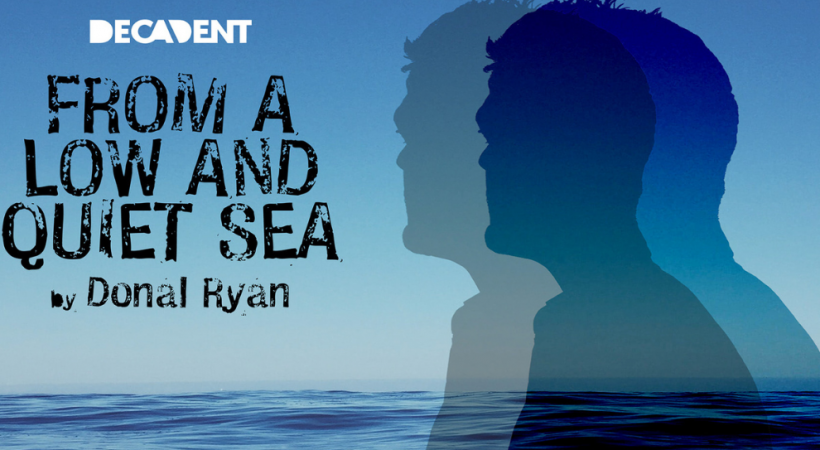 Decadent Theatre Company and Galway Arts Centre present the world premiere of From a Low and Quiet Sea, adapted for the stage from Donal Ryan’s acclaimed, Booker Prize-nominated novel. Four souls. Each searching for something they have lost. Each trying to make sense of the road they have chosen. For Farouk, family is all. He has protected his wife and daughter from the war. If they stay, they will lose their freedom. If they flee, they will lose all they have known of home, for a faraway land across the merciless sea. Lampy is distracted. He’s with Eleanor, but she’s not Chloe. His granddad’s sniping jokes are getting on his wick. And on top of all that, he has a bus to drive; those old folks from the home can’t wait all day. For John, the game was always the lifeblood coursing through his veins. Manipulating people for enrichment, for enjoyment, for spite. But it was never enough. The lifeblood is slowing down, will God listen? Florence’s son is acting differently which forces her to look for answers, but she is afraid of the truth that lies within herself. The mother, the refugee, the penitent, the dreamer. Four characters, four lost souls, searching for a version of home. Adapted by Donal Ryan, the cast, and Andrew Flynn. Directed by Andrew Flynn. Cast in order of appearance: Aosaf Afzal as Farouk Darragh O’Toole as Lampy Maeve Fitzgerald as Florence Lorcan Cranitch as John